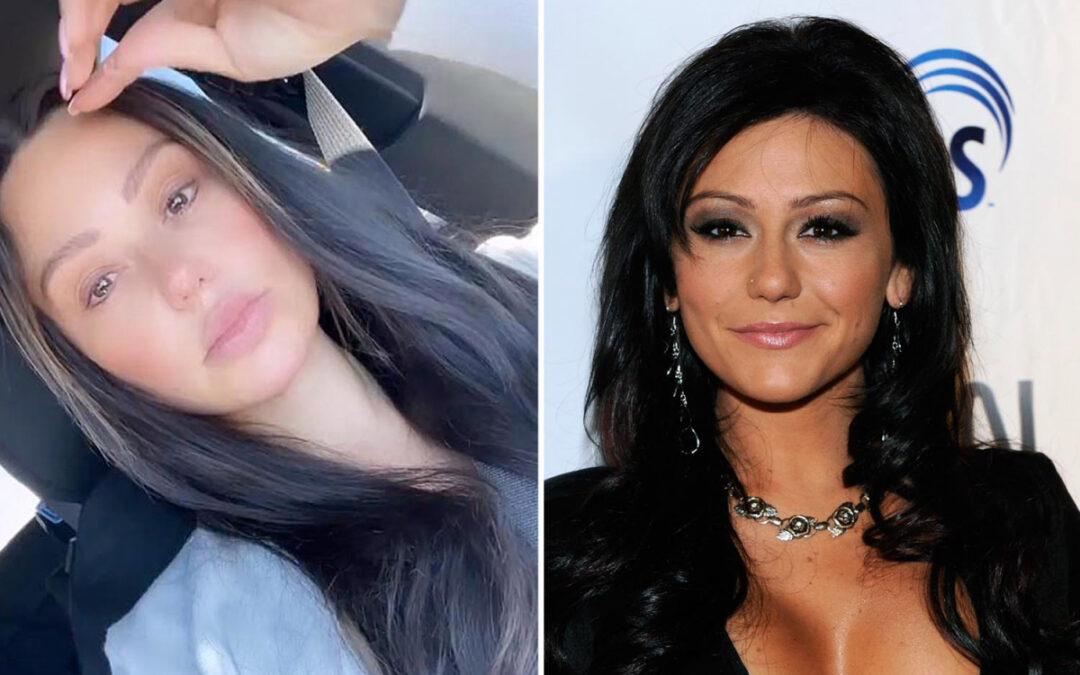 JENNI JWoww Farley appeared unrecognizable in a new video as she showed fans her natural face without makeup.

The Jersey Shore star has previously faced backlash over her looks, as some fans have slammed her for having a completely “new face.”

The reality star played with her hair while riding in the car, looking beautiful in her natural state.

However, the TV personality looked a far cry from her original Jersey Shore days, as she has admitted to using fillers and botox to perfect her look.

Jenni faced critics last month who judged her appearance as “unrecognizable” after she shared photos from a date night with her fiancée Zack Clayton Carpinello.

The couple had dinner at the Hard Rock Atlantic City, where they enjoyed sushi and snapped photos of their evening.

The pair snuggled in close as they sipped their beverages, and she captioned her post: “Couldn’t choose which pic I loved more so I am posting both… living our best life at @hardrockhcac KURO.”

Fans were taken aback, though, by how different Jenni looked in comparison to her first days on MTV.

“I still don’t understand your new face,” one sneered, while a second ranted: “You’ve had so much work you don’t even look like you anymore.”

“What the heck did you do to your beautiful face & body,” another slammed, adding: “Fame went to your head!”

Despite the public distaste towards her plastic surgery, Jenni has urged her fans to skip the filter and “love themselves.”

Earlier this year the New York native posted the same photo side by side, one heavily filtered and one natural.

Underneath she wrote: “Laying here bored and saw this app… so I said ‘why not?’ WTF. I’d rather be old and ugly. But seriously, don’t do this crap to your pics… love yourself.”

However, many of her fans hopped in the comments to remind her of her plastic surgery ventures, one replying: “True love, but you have endless money for the medspa and injections.

“Many of your followers don’t…I makes a difference in the #nofilter pics.”

Jenni was honest as she responded that the comment was “not wrong.”

Despite her experimentation with injections, the MTV star told People in December that she “doesn’t like touching her face.”

“I don’t like touching my face only because I’m always scared you can never go back. All those nose jobs and cheek implants and stuff like that, people get those and can never go back to what they were. I love my nose,” she claimed.

Jenni also previously admitted that she enjoyed non-invasive procedures as a preventative measure for later in life.

She told ET: “I’m 31 years old. I’m not getting any younger. I’m going to do the non-invasive surgeries and things like that.

In February, Jenni announced her engagement to Zack, after the professional wrestler popped the question on top of the Empire State Building.

Alongside sweet photos from the special occasion, the soon-to-be bride wrote: “On 2.27 I said yes on the top of the Empire State Building 💜💗 @zackclayton.”